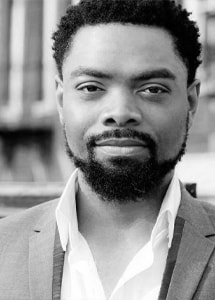 ​In demand Tenor Bernard Holcomb is quickly establishing himself as a promising operatic talent. Katy Walsh of Chicago Theater Beat said it best: “Although everyone [at Lyric Opera of Chicago] can sing, Holcomb reminds us why we come to the Lyric.” In the 2016/17 season Mr. Holcomb returns to Chicago Opera Theater as Tristan in Frank Martin’s Le Vin Herbé, debuts the role of Rossini’s Otello in NYC, and makes his debut at the Dresden Semperoper in The Gershwin’s Porgy and Bess.​ A recent alumnus of the Lyric Opera’s Patrick G. and Shirley W. Ryan Opera Center, Bernard performed such roles as Ernesto (Don Pasquale) and Rodolfo (La bohème) during his time there. Mr. Holcomb was also featured as a soloist with Renée Fleming and Sir Patrick Stewart in Second City’s Guide to the Opera. During his Lyric tenure, Mr. Holcomb appeared on the main stage as the Young Servant (Strauss’ Elektra), Captain of the Crossbowmen (Verdi’s Simon Boccanegra), Notary (Donizetti’s Don Pasquale) and Nathanael (Offenbach’s Les Contes d’Hoffmann). Bernard also covered major roles in Massenet’s Werther, Wagner’s Die Meistersinger von Nürnberg, and Verdi’s Rigoletto.

In a new collaboration between Lyric Opera and Chicago’s WFMT 98.7, Mr. Holcomb appeared on a number of themed song recitals that aired throughout the summer of 2013. From 2009-2011, he was contracted as a Young Artist at Sarasota Opera, and performed the roles of the Villager in Pagliacci, Ezekial Cheever in The Crucible, Federico in L’amico Fritz, and cover Oronte in I Lombardi. At the conclusion of the program, he was awarded with the Anne O’Donnell Award, given to an outstanding apprentice. In the summers of 2009 and 2010, Bernard appeared at the Pine Mountain Music Festival in the roles of Paolino (Cimarosa’s Il matrimonio segreto) and Alfredo (Verdi’s La traviata). In 2006, Bernard made his début as The Crabman in Porgy and Bess with the Michigan Opera Theatre. This led to an international tour of Porgy and Bess through Russia, Poland, Greece, Latvia, Estonia and Germany. His work at Michigan Opera Theatre led to further appearances as Gastone in La traviata and Parpignol in La bohéme.

A winner of the Metropolitan Opera National Council Auditions (Michigan District), Bernard has displayed a tremendous amount of musicianship and poise on concert and recital stages. These credits include a concert performance of La bohéme with Civic Orchestra of Chicago, Holiday Pops Concerts with the New Hampshire Symphony Orchestra, a concert performance of Die Zauberflöte with The Rochester Philharmonic Orchestra, and Augustus Hill’s Exegesis with the Detroit Symphony Orchestra, Beethoven’s 9th Symphony with Macon Symphony Orchestra, and Mozart’s Requiem with the DeKalb Festival Chorus.
​
A Detroit native currently residing in New York City, Bernard earned a Master of Music degree from the University of Michigan, and a Bachelor of Music degree from the Eastman School of Music. Collegiate operatic credits include Lensky in Eugene Onegin, Lyric Tenor in A Postcard from Morocco, Ruggero in La rondine, Rodolfo in La bohéme, and Jenik in The Bartered Bride. 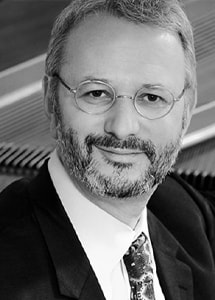 Byron Schenkman believes in the power of music to bring people together for healing and joy. By the time they went to their first music camp at the age of eleven, Byron knew that playing chamber music would be an important part of their life’s work. They have since been a founding member of several ensembles, including the Seattle Baroque Orchestra which they codirected until 2013. In addition to performing live on piano, harpsichord, and fortepiano, Byron can be heard on more than forty CDs, including recordings on historical instruments from the National Music Museum, Vermillion, and the Museum of Fine Arts, Boston. A recipient of the Erwin Bodky Award from the Cambridge Society for Early Music “for outstanding achievement in the field of early music,” Byron was voted “Best Classical Instrumentalist” by the readers of Seattle Weekly, and their piano playing has been described in The New York Times as “sparkling,” “elegant,” and “insightful.” A graduate of the New England Conservatory and Indiana University, Byron currently teaches music history at Seattle University, and has been a guest lecturer in harpsichord and fortepiano at the Indiana University Jacobs School of Music.
​
byronschenkman.com
Proudly powered by Weebly