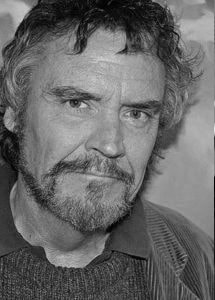 Dave Hunsaker is an Alaskan screenwriter and playwright based in Juneau, Alaska, and Venice, California.  As a screenwriter, he has written for most of the major studios and for directors Robert Redford, Norman Jewison, Julie Taymor, Stanley Donen, Carroll Ballard, the late Tony Scott, and Roger Donaldson, among others.   He has also worked with producers Robert Chartoff, Lynn Hendee, Edward Pressman, and David Skinner, along with actor Leonardo DiCaprio.

His graphic novel, The North End of the World (illustrated by Christopher Shy) was published by Black Watch Comics, October, 2012.  For ten years he was Artistic Director of the Juneau-based Naa Kahidi Theatre, an international touring company of Native Alaskan artists.  His play “Yup’ik Antigone” had a sold-out run in New York and twice represented the USA at festivals in Europe.  Six of his plays have been produced at Perseverance Theatre, and numerous other plays have been performed in New York, Los Angeles, San Francisco, and elsewhere in the world.
​
He is a recipient of the Alaska Governor’s Award for the Arts and a Fellowship for the Arts in New York.  He received an Honorary Doctorate from the University of Alaska in May, 2014.  He is a Fellow of the Sundance Institute, a member of the Writers Guild of America, and is an adopted member of the Lukaax.ádi Clan of the Tlingit Nation. 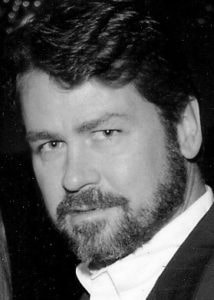 Dr. David Miller has performed major operatic roles throughout his home state.  His contributions to art and medicine were recently featured in the article “Theaters of Operation” in Alaska Medicine, a publication highlighting the unique accomplishments of Alaskan physicians.
David found his voice as a child singing sacred oratorio, which continues to be a major passion for him.  As a boy of eight, he would sing arias from Handel’s Messiah while plowing a wheat field, confident the roar of the tractor would drown out any unpleasantness for the neighbors (turns out he was wrong).  He has performed a wide range of oratorios with the Anchorage Symphony Orchestra, Anchorage Concert Chorus and Alaska Chamber Singers, including Messiah, Carmina Burana and The Damnation of Faust, to name a few.  David was privileged to premiere Emerson Eads’ Mass for the Oppressed at the University of Notre Dame in the fall of 2016.

Dr. Miller has performed with Opera Fairbanks in the roles of Colline in La Bohème, Zuniga in Carmen, and Father (Peter) in Hansel and Gretel under the baton of Maestro Gregory Buchalter of The Metropolitan Opera.  Of Miller’s voice, Buchalter stated:  “He is an excellent singer.  He has a wonderful bass voice.  Good basses are hard to come by….  I work with the world’s greatest singers, so for me to compliment David really means something.”

Notable roles include both Figaros (The Barber of Seville and The Marriage of Figaro), Scarpia in Tosca, Leporello in Don Giovanni, Papageno in The Arctic Magic Flute (performed in Juneau, Anchorage, Nome, and Kotzebue), Simone in Gianni Schicchi, Talpa in Il Tabarro, Dulcamara and Belcore in The Elixir of Love, Baron Douphol in La Traviata, Gaston in Beauty and the Beast, the title role in The Mikado, and the unforgettable Edna in Hairspray.
​
Dr. Miller maintains an active surgical practice in Juneau, and is a past president of the Alaska State Medical Board.  He is now looking forward to his fourth world premiere, this time of Eads’ second opera, The Princess Sophia.
Proudly powered by Weebly