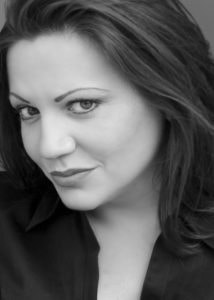 Sara Radke Brown is the Executive Director of the Juneau Lyric Opera (JLO), and the Music Director of Vox Borealis – a chamber vocal ensemble that emerged from directing the women’s chorus for JLO’s An Afternoon of Ave Marias every May at the Shrine of St. Thérèse. This past spring, she was the Chorusmaster for the Juneau Symphony’s guest conductor concert series featuring Zoltán Kodály’s Psalmus Hungaricus and Alexander Zemlinsky’s Psalm 23, led by Maestro William Todd Hunt.

A soprano who’s voice has been described as “purely toned” with “an enviable technique”, she recently portrayed the role of Santuzza in Juneau Lyric Opera’s production of Cavalleria Rusticana. Her other roles include Flora (La Traviata), Nella and Lauretta (Gianni Schicchi), Euridice (Gluck’s Orfeo ed Euridice), Margarita Xirgu in the collegiate premiere of Osvaldo Golijov’s chamber opera Ainadamar, the Mother (Amahl and the Night Visitors), Franca Naccarelli (The Light in the Piazza), Amalia Balash (She Loves Me), and Maria (West Side Story), among others. She has studied voice under the tutelage of Carol Vaness, Scharmal Schrock, and Timothy Noble, and currently studies with Diane Thueson Reich. Her stage credits include performances with the Indianapolis Symphony Chamber Orchestra and Chorus, the Columbus Philharmonic Chorus, the Yakima Symphony, the Juneau Symphony, and the Washington-Idaho Symphony.

A dedicated advocate for bringing engaging, educational opera performances into the schools, Sara spearheaded a collaboration between JLO and the Orpheus Project to provide a free performance of The Princess Sophia for over 600 students in the Juneau School District. In Indiana, she directed the premiere of Lauren Bernofsky’s Mooch the Magnificent, a children’s opera commissioned by Re-imagining Opera for Kids, and played the role of Nicklausse for the touring production of Les contes d’Hoffmann with Northwest Opera in the Schools (N.O.I.S.E.) in Seattle. During her tenure as the Executive Director for the Juneau Symphony, she served as the singing host for the Symphony’s Music in the Schools performances – productions she co-produced in collaboration with the Carnegie Hall Weill Music Institute’s “Link-Up” program.
​
A native of Toppenish, Washington, she completed coursework for a Doctor of Music in Voice Performance at the Indiana University Jacobs School of Music where she also completed her Master’s degree. 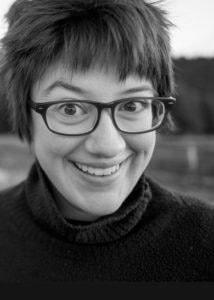 Sarah Campen grew up in Sitka and on Killisnoo Island.  She now migrates between Taas Daa (Lemesurier Island), Juneau, and Hawaii.  Sarah is a multi-media artist, teaching artist, and facilitator whose work explores complexities of human communication and relations between people and place. She has worked with communities across Southeast Alaska to facilitate community-based solutions to natural resource concerns. Sarah teaches dance and theater, builds collage and audio pieces, designs interactive installations, and develops civic arts projects. In spring 2018 Sarah built a web story archive as a companion to the original theater piece Aan Yátx’u Sáani: Noble People of the Land, produced by Ping Chong & Co. Sarah is a member of the Center for Performance and Civic Practice’s 2018 Catalyst Initiative Program.  Her current work the Rolodex Project// connects emerging leaders across Southeast Alaska through links digital, analog, and human.  Her installation the Rolodex Project// On Leadership will be displayed in Juneau’s Centennial Hall beginning December 2018. 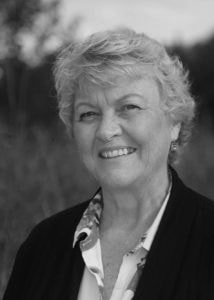 Shelly’s story isn’t much different than many Juneauites, came to Juneau in the early 70’s and planned to stay for five years. Fell in love, started a family and never looked back. In 1990 she was asked to design and construct a life size Sebastian for Juneau Douglas High School performance of the Little Mermaid. She had so much fun she continued to design and sew for children’s and high school theatre. She learned so much about theatre during those early years. There are few things as rewarding as watching children grow into performers. She has been given the opportunity to design and stitch for many other theatres and organizations in Juneau and Southeast Alaska. It is Shelly’ pleasure to design The Princess Sophia for the Orpheus Project.
Proudly powered by Weebly