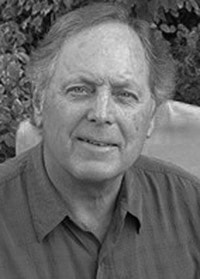 Tenor Jay Query has been active in the Juneau music scene since arriving in 1975. He’s been pleased to sing in many operas with Opera To Go/Orpheus Project, including Don Pasquale, Elixir of Love, The Cunning Little Vixen, Il Trittico, Rusalka, and the world premiere of Bennu. Jay has also sung with Juneau Lyric Opera in The Barber of Seville, Tosca, Marriage of Figaro, and The Mikado.
​
Being part of this tribute to those lost 100 years ago in the sinking of the Princess Sophia is an honor. He feels privileged to sing in this very moving Opera. 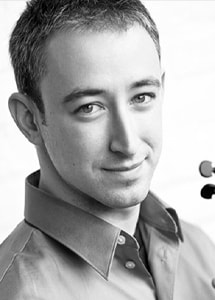 Violinist Jesse Irons enjoys a busy and excitingly diverse musical life in and around his home city of Boston. He appears regularly with the Handel and Haydn Society, as guest concertmaster with Boston Baroque, with the Boston Early Music Festival, and with numerous small ensembles including Gut Reaction. He has recently appeared as soloist with Newton Baroque, Sarasa, Chicago’s Baroque Band, and the City Orchestra of Hong Kong. A member and co-artistic director of the GRAMMY-nominated ensemble A Far Cry, he has appeared in concert across North America, Europe, and Central and Southeast Asia. Jesse’s playing has been described as “insinuating” by the New York Times, and he’s pretty sure they meant it in a good way. As an educator, Jesse has worked with students on entrepreneurship and chamber music at MIT, Yale, Stanford, Eastman, Peabody, and New England Conservatory. 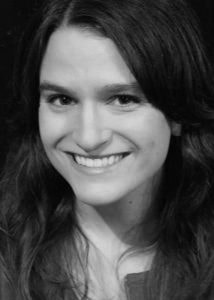 Skiba has been singing and performing for pretty much her entire life and loves doing it. Some of her other favorite musical roles have been Maria in West Side Story, Johanna in Sweeney Todd, The Bakers Wife in Into the Woods, Tuptim in The King and I, and playing a cell block tango girl in Chicago. She’s a Northwest Indiana native and graduated from Interlochen Arts Academy where she studied vocal performance and theatre, studied theatre at Marymount Manhattan College, and went on to study vocal performance at Indiana University. She has performed in multiple states, acting and singing classical to blues music. 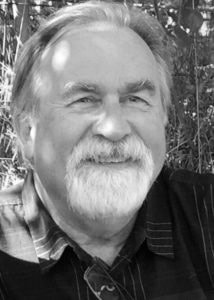 Jim had the good luck as a teenager to discover stagecraft. It was the one thing that got him through high school.  Theater became a lasting love and rewarding career. He earned a BA in Dramatic Literature, and an MFA in Theatre Technology from Utah State University in 1977.  His work for many years centered around stage and film production, primarily as a motion picture Art Director and Construction Coordinator. He is a journeyman carpenter and has experienced the joy, challenges and satisfaction of home building.

Jim subsequently studied Library Science, earning his MLIS from the University of Illinois in 2001.  He has recently retired from his position as Head Librarian at the Alaska Historical Library, where incidentally he had the opportunity to work with primary documents relating to the tragedy of the Princess Sophia.

It would be difficult to overstate the pleasure Jim has derived from working with his friends in the service of this sad and beautiful story. 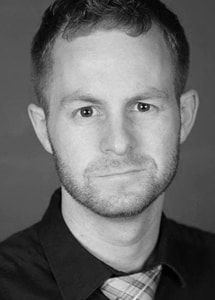 Joshua returned to Juneau to serve as the Managing Director for Perseverance Theatre for its 40th anniversary season. Now a proud CBJ employee, Joshua's recent theatrical credits include dancing in the ensemble for Alcina, offering ridiculous spelling bee words as Vice Principal Panch in 25th Annual Putnam County Spelling Bee, and tour managing The Winter Bear which toured seven destinations throughout Alaska. Previously, he assistant directed the world premiere of Wild Horses at the Contemporary American Theater Festival, directed Very Still and Hard to See, Almost, Maine, and Grace at Shepherd University and served as choreographer for Rent at American University where Joshua completed his graduate studies in Arts Administration. Joshua has previously worked with companies such as the Utah Shakespeare Festival, the Glimmerglass Festival, Dorset Theatre Festival, and the Kennedy Center. His undergraduate studies were at Keene State College in New Hampshire, where he earned a Bachelor’s of Art in both Directing and Economics. 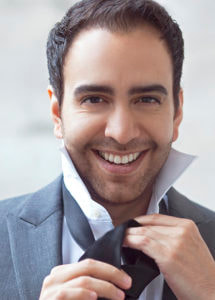 ​Internationally acclaimed baritone José Rubio has garnered attention performing at major and regional venues across the country. He was hailed as a “Major Operatic Find” by Opera News and His Carnegie Hall Recital Debut was proclaimed by The Opera Insider as “Nothing short of stellar.” Mr. Rubio’s recent operatic engagements have included the title role in Don Giovanni, Figaro in Il Barbiere di Siviglia, Escamillo in Carmen, Enrico in Lucia di Lammermoor, Marcello and Schaunard in La Bohème, Guglielmo in Così fan Tutte, Tarquinius in The Rape of Lucretia, Tonio in I Pagliacci, and Dr. Falke in Die Fledermaus. His leading credits include principal roles for Cincinnati Opera, Portland Opera, Nashville Opera, Alamo City Opera, Asheville Lyric Opera, Tacoma Opera, Vashon Opera and Bellevue City Opera amongst others. Internationally he was seen on tour in China with the ISING! International Festival in 2018, 2017 and 2014.

On the concert stage he performed with the Albany Symphony in the orchestral debut of Evan Mack’s American opera, Roscoe, with the Evansville Philharmonic, Bellingham Symphony Orchestra, Philharmonia Northwest, Orchestra Seattle and Chamber Singers among others. Other orchestral works have included Orff’s Carmina Burana, Brahms Requiem, Fauré Requiem, Beethoven’s 9th Symphony, Dvořák Te DeumVaughan, Vaughan Williams’ Sea Symphony, Dona Nobis Pacem, and Five Mystical Songs. He received his Artist Diploma and Master’s degree from the Cincinnati College-Conservatory of Music, and holds a Bachelor’s from the University of Washington.

Recent roles include Bernardo in West Side Story with the Evansville Philharmonic, Hannah Before in As One with Alamo City Opera, Lancelot in Camelot with the Indianapolis Opera, Stanley Kowalski in A Streetcar Named Desire with the Vashon Opera, and a world premiere performance as Walter Harper in The Princess Sophia with the Orpheus Project in Juneau, Alaska.
Proudly powered by Weebly