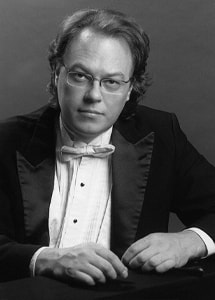 acclaimed for the “absolute artistic transport” of his conducting work, William Todd Hunt thrives on expanding the orchestral and opera repertoire to include pieces that develop personal connections and art that eliminates barriers and unites communities.

Born in Louisville, Kentucky, Mr. Hunt is Founder and Music Director of the Amalga Chamber Orchestra and Artistic Director of Juneau’s Orpheus Project, a company that spans the boundaries of music and theater: early music to new music, and musicals to opera, including dance and period instruments. Previously, Mr. Hunt served as co-founder and Music Director for Ardo Opera (Bloomington, IN), where he produced and conducted several productions, notably at the Bloomington Early Music Festival.
Currently an active guest conductor, Mr. Hunt has appeared as a guest with the Northern Hungarian Symphony Orchestra, the Kling Chamber Orchestra, and the Juneau Symphony. Other recent credits include conducting for Thompson Street Opera, Anchorage Opera, the Taku Winds wind ensemble, the CrossSound new music festival, and Perseverance Theatre. He has also conducted the Bohuslav Martinu Philharmonic in both Kromeríž and Zlín, Czech Republic.

Mr. Hunt holds a Master’s Degree in Conducting from Indiana University where he studied under Imre Palló and Thomas Baldner and a Bachelor’s Degree in Music Performance (Woodwinds) from the University of Louisville (KY). He has also worked under the guidance of such auspicious conductors as Kurt Masur, Stephen Schwartz, Raffi Armenian and Lawrence Leighton Smith in The United States, and continued his studies across Europe where he worked closely with Jorma Panula, Kirk Trevor, Johannes Schlaefli, Mariusz Smolij, and Tomaš Koutnik.
​
Upcoming concerts and productions include the 2018 world premiere production of his opera commission based on the sinking of the S.S. Princess Sophia, composed by Emerson Eads with libretto by Dave Hunsaker. Later in the 2019 season, he will conduct Cavalleria Rusticana with Juneau Lyric Opera, concerts with the Taku Winds, and the Juneau Symphony with the Juneau Symphony Chorus. 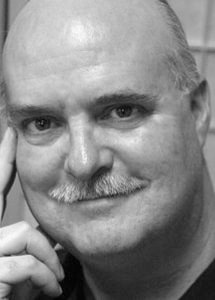 Wade Rogers, Baritone, performed in choir and band for four years in High School in various competitions, earning a spot in the Arizona All State Choir. In college, he sang for two years in a collegiate madrigal group. He also spend 32 years doing
‘vocal work’ at radio stations in Arizona, Oklahoma, Seattle Washington, and Juneau Alaska. In Juneau, Wade has performed in many operas, including Elixir of Love, La Bohème, Le Nozze de Figaro, Il Trittico, Dido and Aeneas, Madame Butterfly, Cosi fan Tutte, and Man of La Mancha.

His most recent performance was Neptune in Alcina.
Proudly powered by Weebly